In this imaginative craft activity, children make the planets of our Solar System using a template of an icosahedron (a polyhedron with 20 triangular faces, 30 edges and 12 vertices). They then decorate their planets with sand, glue, cotton wool, paint, glitter...the sky is the limit!

Encourage students to imagine the planets of the Solar System according to known facts.

Minimal knowledge about the Solar System:

The Solar System consists of the Sun and eight planets, their moons, and other non-stellar objects, such as asteroids. The four smaller, inner planets—Mercury, Venus, Earth and Mars, also called the 'terrestrial planets'—are primarily composed of rock and metal. The four outer planets, called the 'gas giants', are substantially more massive than the terrestrials. The two largest gas giants, Jupiter and Saturn, are composed mainly of hydrogen and helium; the two outermost planets, Uranus and Neptune, are composed largely of substances called 'ices', such as water, ammonia and methane.They are often referred to as ‘ice giants’.

The Solar System also contains the asteroid belt, which lies between Mars and Jupiter and is similar to the terrestrial planets as it mostly contains objects composed of rock and metal. Beyond Neptune’s orbit lies the Kuiper belt, which contains objects composed mostly of ices. Some of these objects are referred to as dwarf planets and include Pluto, Eris, Haumea, Makemake and Ceres. There are also small-body populations including comets and interplanetary dust.

Conditions in our Solar System

Having taught the children about some of the extraordinary conditions that exist on the planets of the Solar System (see 'background information'), ask each child to choose a planet they want to make.

Print out the icosahedron. For best results, it should be at least A3 size. (Image 1)

Cut out the icosahedron along the solid lines only.

Fold along the dotted lines. (Image 4) 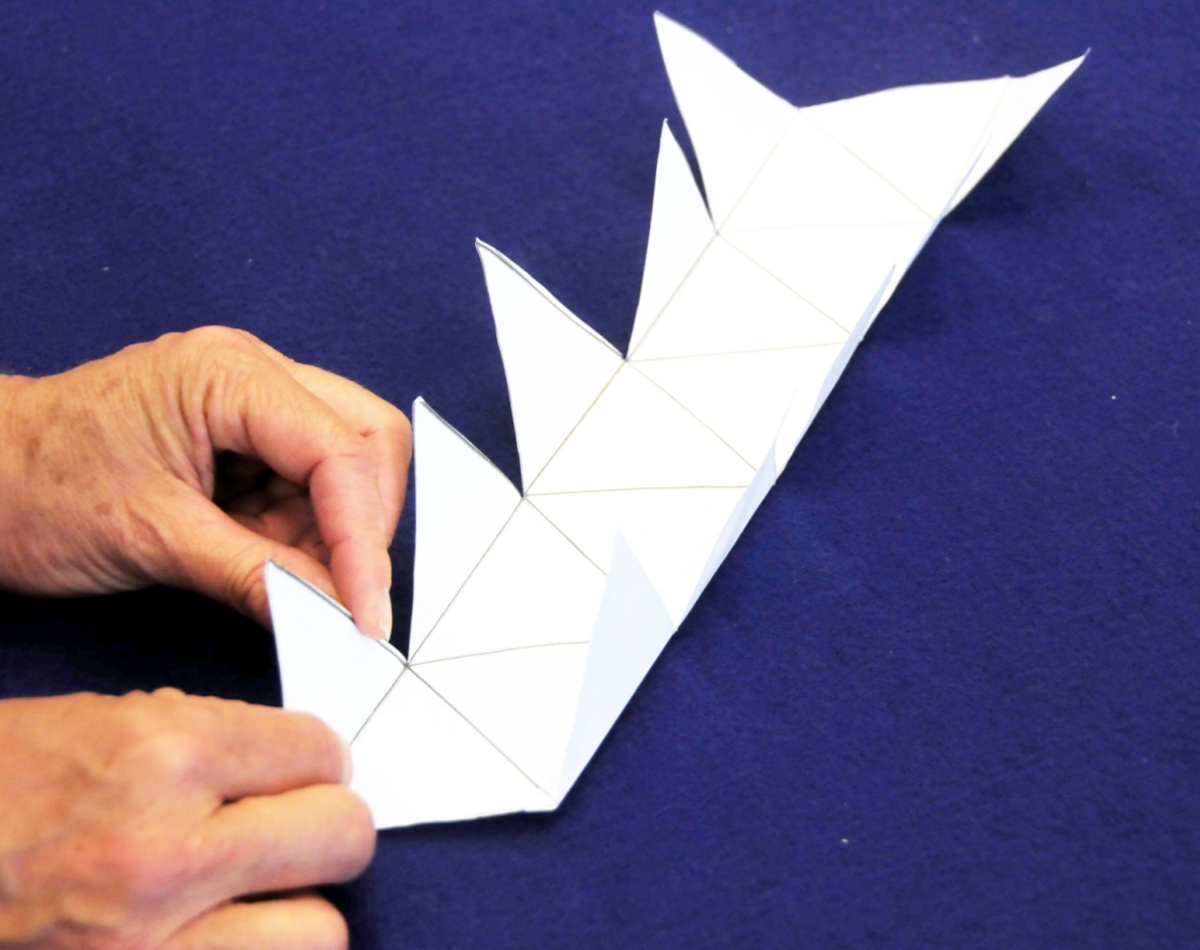 Tape together the adjacent faces. (Image 5) 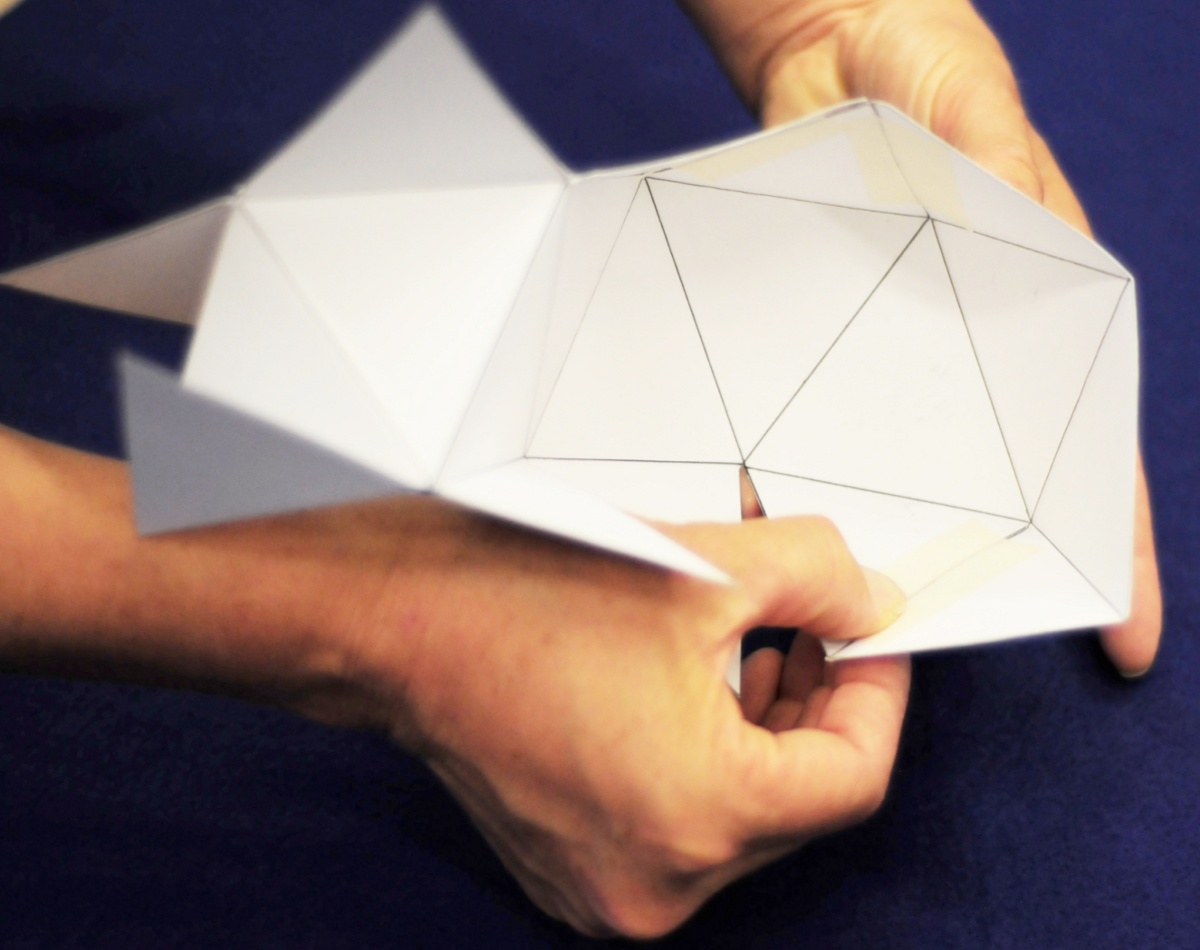 Ask the children to decorate their plain planet according to the facts they have heard. Make available a range of craft materials or encourage the kids to find what they need.

If you are low on resources, try to find industrial discards, off-cuts and over-runs. Not only are they unusual and useful for creative purposes, you are helping reduce the amount of waste going to the landfill!

Hang the planets in the classroom and invite the children to guess which planet is which. ‘My planet is dusty and red, and sometimes huge dust storms cover the surface for days. What am I?’ (Image 7) 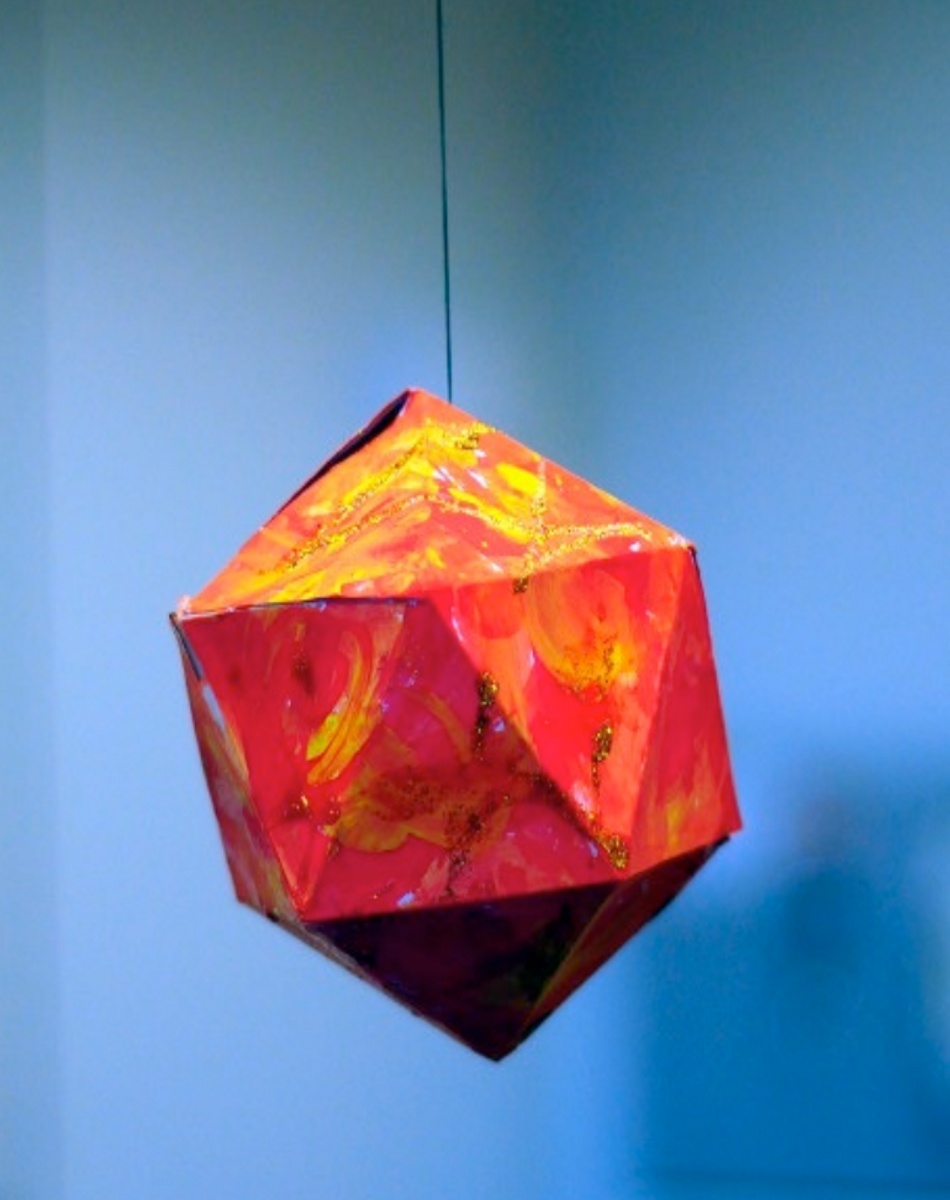 You can also make the Earth as an icosahedron! (Image 3)