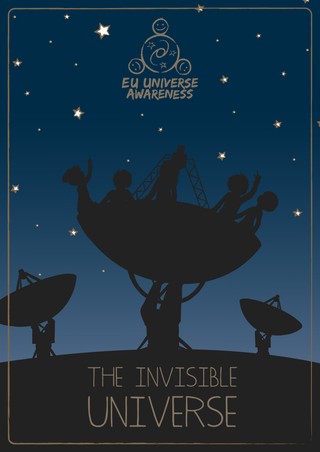 Since ancient times, people have been fascinated by the starry sky. However, only after the telescope was invented in 1608 were we able to study astronomical objects in detail. This means that astronomy is a relatively young science, which has much yet to discover. To unravel all secrets that are hidden in the Universe, we still need many generations of astronomers. Inspiring young children is therefore essential to the future of astronomy, and science in general.

Not until recently have we been able to look at the Universe with the help of other sorts of light than just visible light. Radio-, infrared-, gamma-, UV- and X-rays give astronomers a peek into a completely new world: the ‘invisible’ Universe. The activity guide ‘The Invisible Universe’ was created to inspire primary school students and introduce them to this ‘invisible’ world.