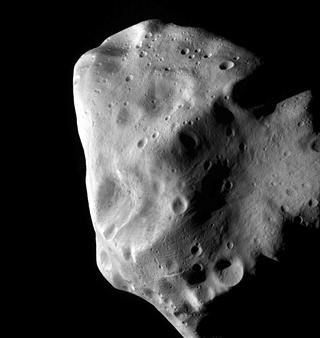 Although they all formed from similar material, it is a mystery why the planets closest to the Sun – Mercury, Venus and Earth – are so different. Astronomers hope to learn more about how they were created by studying asteroids, which are pieces of rock that were surplus to requirements in planet building.

A team of astronomers has been observing an asteroid called Lutetia that is 100 kilometres wide. It is so big that if you put it on the Earth’s surface, one side would reach into space! Like most of the asteroids in the Solar System, Lutetia is found between the planets Mars and Jupiter – a region that is called the Asteroid Belt.