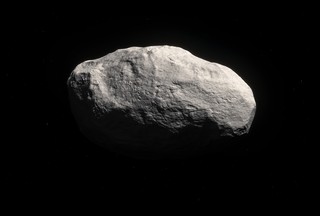 An artist created this picture to show what the Manx Comet may look like up close. Despite its name, it is believed that the Manx Comet is actually an asteroid: a chunk of rock left over from the birth of our Solar System’s rocky planets (Mercury, Venus, Mars and Earth). Soon after it formed, this unlucky asteroid was flung into the shadows at the edge of the Solar System. But billions of years later, it was discovered by chance as it headed back towards the Sun...