Science Education and Disadvantaged Communities in the Netherlands 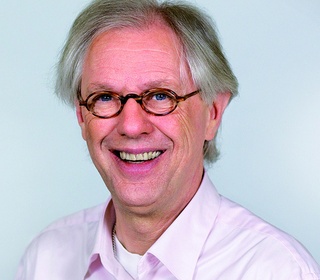 Speech on the occasion of the Opening Ceremony of the LC EU-UNAWE Workshop on 26 March 2012 by Dr. B.J. van Bochove, Chair, Netherlands Parliamentary Committee for Education, Culture and Science.

Two weeks ago I was driving my car, listening to the radio, when the presenter interrupted the music with the announcement that there was a warning ... nòt for traffic or weather, but for a sòlar storm, and the heaviest one in years too! This solar storm could not only disrupt mobile phone communications, but navigation systems of, amongst others, air traffic as well. Luckily my GPS kept me on the road and I reached my destination without detours. Yet it did make me realize how much we live in the "shadow" of our universe.

Today is the official opening of the Lorentz Center EU Universe Awareness International Workshop. I am honoured to be here today, in the company of, amongst others, my "colleague" from South Africa, the honourable Ngcobo MP, Chair of the South African Parliamentary Committee on Science and Technology.

In my capacity as chairman of the Standing Committee on Education, Culture and Science of the Dutch parliament "stargazing" is not part of my daily routine. I do, however, chair debates every day about the importance of educating our children. Good education is the foundation for the future of our students, but also for our labour market and economy.

Your aim is to stimulate our children from developing countries and Europe to become curious, tolerant, and internationally oriented adults. Your ambition is to inspire the next generation of engineers and scientists. You use astronomy as a tool to make children aware of the greatness and beauty of the universe.

Not only does your programme involve the children, it is also aimed at those who teach the children. The Dutch Education policy puts teacher development in the spotlight in the upcoming years with the "Action Plan Teacher 2020". This is because we believe that the teacher is the key to achieving a high quality of education. That is why I have great sympathy for the DUO internships of EU Universe Awareness, in which an astronomy student and a student teacher will team up to teach at a primary school.

I noticed that your programme starts to work with children at a very young age, from four years upwards. The underlying idea is that early childhood is a crucial stage in the development of a scholarly mind and the formation of a moral value system.

In the Netherlands there is also increasing attention for the development of beta skills in young children. Perhaps I may in this context draw your attention to a fascinating Dutch research programme called "Talentenkracht" (Talent Power), which focuses on children aged three to six. In this programme several Dutch universities work together to arouse the curiosity of young children in the field of beta sciences.

Like many other parents, the initiators of the programme noticed that young children often do or say extraordinary things. Things that may be described as beta skills: skills in the field of the exact sciences. Why does a toddler always know what is the biggest piece of pie? How is it that young children unerringly find their way to the playground? Young children ask questions, try new things, and figure out explanations for what they see and experience. How do airplanes fly? Why does your shadow always tag along with you? In short, the toddler might be the perfect beta scientist!

The mission of TalentenKracht is to make parents and teachers recognize these special talents of the children. I think that is where it has much ground in common with the EU Universe Awareness Project.

Referring to the national educational policy in the Netherlands, I would like to mention the Delta Plan Science and Technology 2004, with an update in 2007.

The Netherlands formulated in this Delta Plan their ambition to become a prominent knowledge economy, a leader in the areas of education, research and innovation. This ambition was based on the Lisbon agenda set by the European Union. We wanted to be economically competitive and socially innovative. In order to excel, The Netherlands needed a boost in Math, Science and Technology, both in research and education.

I have high expectations of the new agenda for the years 2011 to 2016. The original Delta Plan is converted into a movement in which many people contribute: schools, universities, professors, researchers, students and hundreds of employees of companies.

In 2011 the Educational Council of The Netherlands launched a study concerning social disadvantages in the Netherlands. One of the conclusions was that Dutch girls are behind in science subjects with respect to boys. Education can help to improve the choice of beta subjects and to minimize the differences between men and women on the labour market. Reaching equal opportunities is very important to face future shortages on the labour market and to contribute to the innovative strength of the Netherlands.

Therefore projects such as EU Universe Awareness are of great importance for the Netherlands. The development of skills such as logical reasoning, problem solving, and creativity are essential to maintain and further develop our society.

Einstein once said: "I have no special talents. I am only passionately curious." I think this statement can stand as a symbol for your projects. To provide equal opportunities to children in an international context to develop their talents and to arouse their curiosity, is a commendable goal.

I wish you, in my capacity as chairman of the Standing Committee on Education, Culture and Science of the Dutch parliament, every success in the further continuation of the UNAWE project.