This special EC Award reflects the IAU’s new strategic action plan, as it intends to continue diversifying its portfolio of prizes to reflect changes in its priorities. The IAU also aims to have regular prizes in outreach, development and education, but needs further funding to support these prizes. This award is seen as an integral first step towards this vision.

Ödman was the first International Project Manager of Universe Awareness (UNAWE) at Leiden University from 2005 to 2010. UNAWE is an international programme that aims to inspire young children with the inspirational aspects of Astronomy. The programme’s goals are to broaden children’s minds, awaken their natural curiosity in science, empower them with independent thinking and to connect them with other children throughout the world. She successfully led the transformation of an idea into an active programme in more than 40 countries with national programmes and governmental support in 6 countries, reaching more than 200 000 children in that period. UNAWE was a global cornerstone of the International Year of Astronomy in 2009 and the programme’s early success is in large part due to Dr Ödman’s exceptional talent and leadership. Ödman has also contributed to various other outreach and education efforts in the field of astronomy. As the Director of Academic Development at the AIMS Next Einstein Initiative at the African Institute for Mathematical Sciences in Cape Town, she contributed greatly to the AIMS mission of giving young African scientists the opportunity to learn from recognised lecturers around the world. She also served as Chief Scientist at Thumzup, a South African company that pioneers the development of new technology for consumers.

Throughout her career, Carolina has received several awards for her accomplishments, including the SPORE Science Prize for Online Resources in Education Science Magazine from the American Association for the Advancement of Science. She has also held roles on various international advisory committees for science outreach and astronomy.

Although Ödman was not present to accept the award, the prize was presented to her husband, Kevin Govender, Director of the IAU Office of Astronomy for Development. The prize consists of €2500 personal award plus €2500 toward an outreach, development or education project of Dr. Ödman’s choice.

Clean up your space for amazing prizes 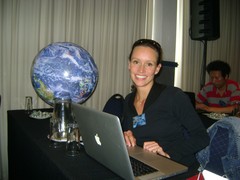 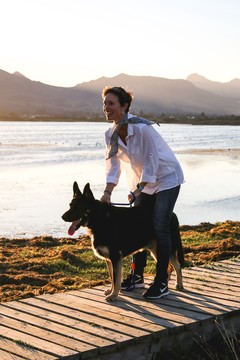