Farseem Mannan Mohammedy - Bangladesh representative of Universe Awareness -  wrote a book called “From this Fragile Earth to the Stars”. This book, written in Bengali, is about the fragility of the earth. It conveys the idea that we should take good care of the earth, because we cannot afford losing her. The inspiration of the book rose at at a five-day Universe Awareness conference in 2013.

The book is aimed at teenagers, to make the next generation aware of how much humankind depends on Earth. If people keep polluting it and using fossil fuels like it is done now, we will lose our only home planet. As a teacher, he decided it was important to educate students on how to take care of our planet. Moreover, it is also an interesting book for teachers, artists, parents and other people involved in teaching teenagers about the fragility of the earth.

Moreover, Mohammedy presses the importance of astronomy. Investigating other planets and solar systems could help us find a new planet to travel to, if the earth would ever become too unstable to inhabit. At the same time, emphasis on appreciating the natural resources, the biodiversity etc. is stressed, so that the next generation accepts Earth as the only habitat. The incidents of mass extinctions of animals are discussed to showcase the fragility and the connectedness of the earth system as a whole.

During the conference in 2013, organised by the Universe Awareness program in Haus der Astronomy in Heidelberg, Mohammedy attended a group workshop. In this workshop, he worked on presenting the earth a fragile planet. To get this message through, they used the fact that the earth has unique properties for providing a shelter to a wide variety of biological species including humans. This concept inspired Mohammedy to write his new book.

Farseem Mannan Mohammedy is a professor of Electrical Engineering at the Bangladesh University of Engineering and Technology. However, since high school he has a passion for astronomy, which gave him inspiration for the approximately 20 Bengali books he has written. Moreover, he is the Joint Secretary of the Bangladesh Astronomical Society, for which he organises astronomical activities, and he is the Bangladesh representative of Universe Awareness. 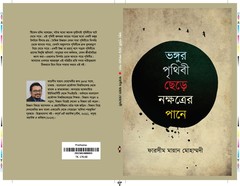 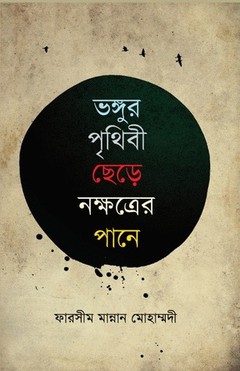