This event marks the first step in a process of co-creation to design inclusive projects for engaging students with Science, Technology, Engineering and Mathematics (STEM) activities. The participants identified key challenges during a brainstorm session and used these to design projects with fundamental science themes like gravity and light, that will engage students from all backgrounds, as well as parents, teachers and schools. Gravity in astronomy: introductory presentation during the first co-creation event of the Expanding (Event) Horizons project at Leiden University in 2018.

‘To include, not to exclude girls and minorities from other groups,’ said the participants. The co-creation session resulted in a wide variety of projects to inspire underrepresented minorities and girls from 9 to 16 years old from all backgrounds to interact with science, including outside of school – a multidisciplinary ‘Mission to Mars’ school project, science and maker clubs in informal learning environments, and teaching kits made by universities to share cutting edge science research.

Future sessions will focus on prototyping and evaluating educational STEM activities that are relevant to the target groups. These projects will contain engaging experiments and visual designs, including relevant role models. The activities will then be assessed, prototyped, tested in classrooms and reviewed by educators. Workshop moderator Anouck Vrouwe at the first co-creation event of the Expanding (Event) Horizons project at Leiden University in 2018.

The newly-launched Expanding (Event) Horizons project supports one of the National Science Agenda’s key goals: making the science student population in 2040 as diverse as the Dutch population. This will tackle the problem that is formulated in the National Science Agenda as: 'girls, ethnic minority children and those with low-educated parents are clearly underrepresented in science programmes'. Using a process of co-creation, the project will develop STEM educational activities, centered on fundamental science themes of gravity and light.

These topics will be used to stimulate youth participation in cutting-edge scientific research from underrepresented minorities and girls in the Netherlands. The project aims to reach children from 9 to 16 years old from all backgrounds. Expanding (Event) Horizons is an initiative of Leiden University (Leiden Observatory and Department of Science Communication & Society), the University of Amsterdam (Anton Pannekoek Institute for Astronomy, and Institute of Physics), Nikhef and in close collaboration with VHTO (Landelijk Expertisebureau meisjes/vrouwen en bèta/techniek) and ECHO (Expertise Center for Diversity). The project will run for 3 years, and is funded by the Dutch National Research Agenda Building Blocks programme. 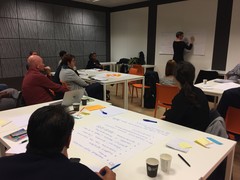 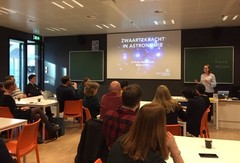 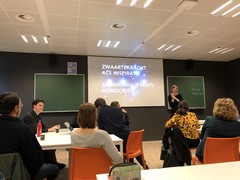